Federico spent his childhood in Rimini before moving to Rome, and the city and its people left their mark on his unique perspective of the world. So much so that one of his most beloved, award-winning films Amacord –written in collaboration with Tonino Guerra – take its title from the typical Riminese expression a’m’arcord, meaning “I remember”. The film is a splendid, nostalgic trip down memory laneto times gone by, evokinga distant childhood world populated by unique characters straddling reality and the absurd, whose vitality and tragic yet comical contradictions are celebrated with pride. 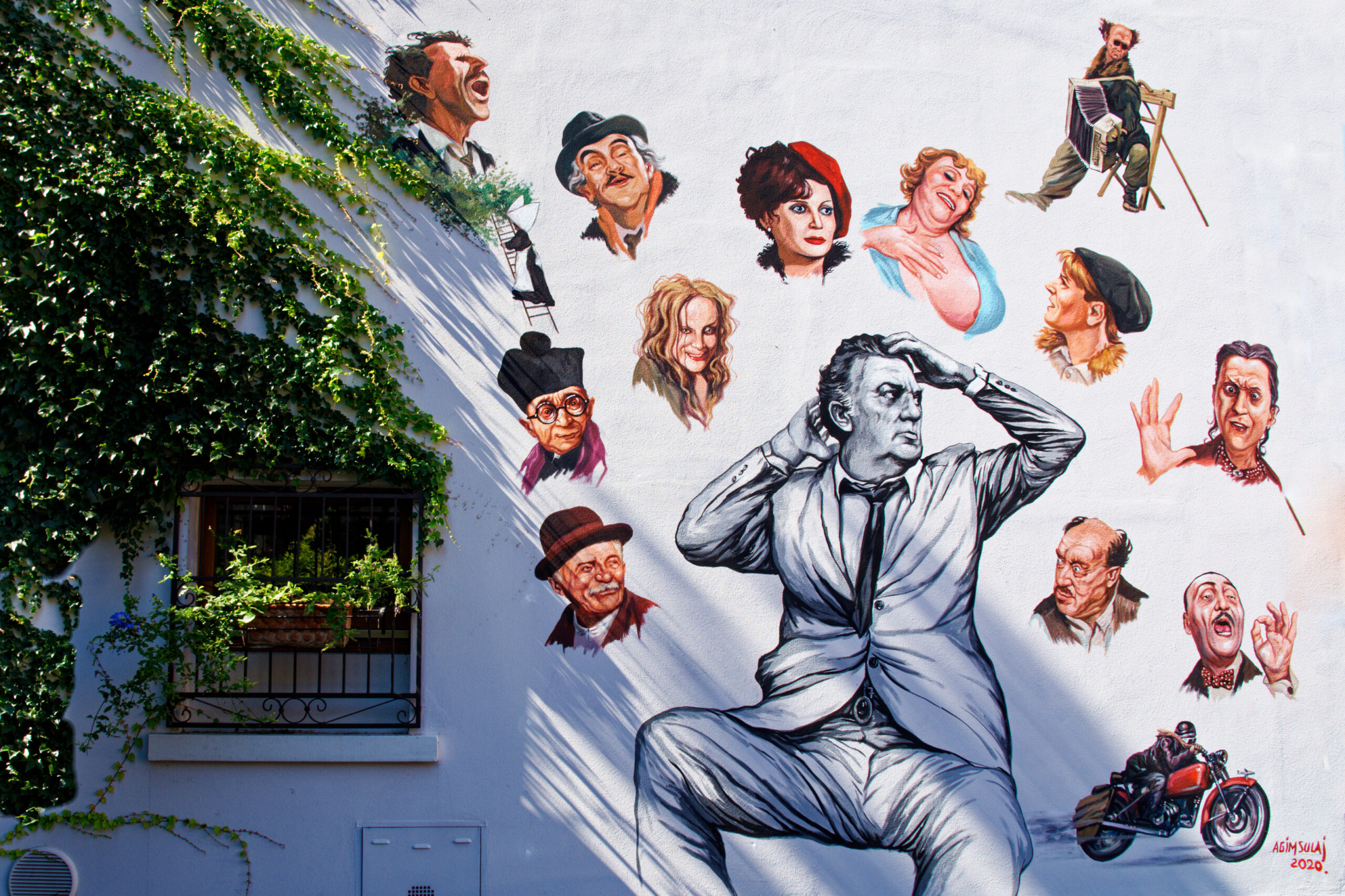 The director’s presence in Rimini is palpable and we highly recommend taking a tour of his old haunts. We suggest starting at Fulgor, a mythical, Fellinian place wherethe director first fell in love with cinema as a child. In fact, Fulgor – the world’s most famous cinema–can still be found at 162, Corso D’Augusto to this day, having been newly restored and redesigned by the award-winning set designer Dante Ferretti. We also recommend stopping by the Grand Hotel, a beautiful luxury building built in the Belle Èpoque. Just a stone’s throw from the sea, it has been a national monument since 1984 and a metaphor for the “forbidden desires” of a young Fellini. You can stroll through its beautiful grounds for free, making it a great potential option for a picturesque picnic. That being said, it’s in the sprawling city that you can really feel Fellini in the air. 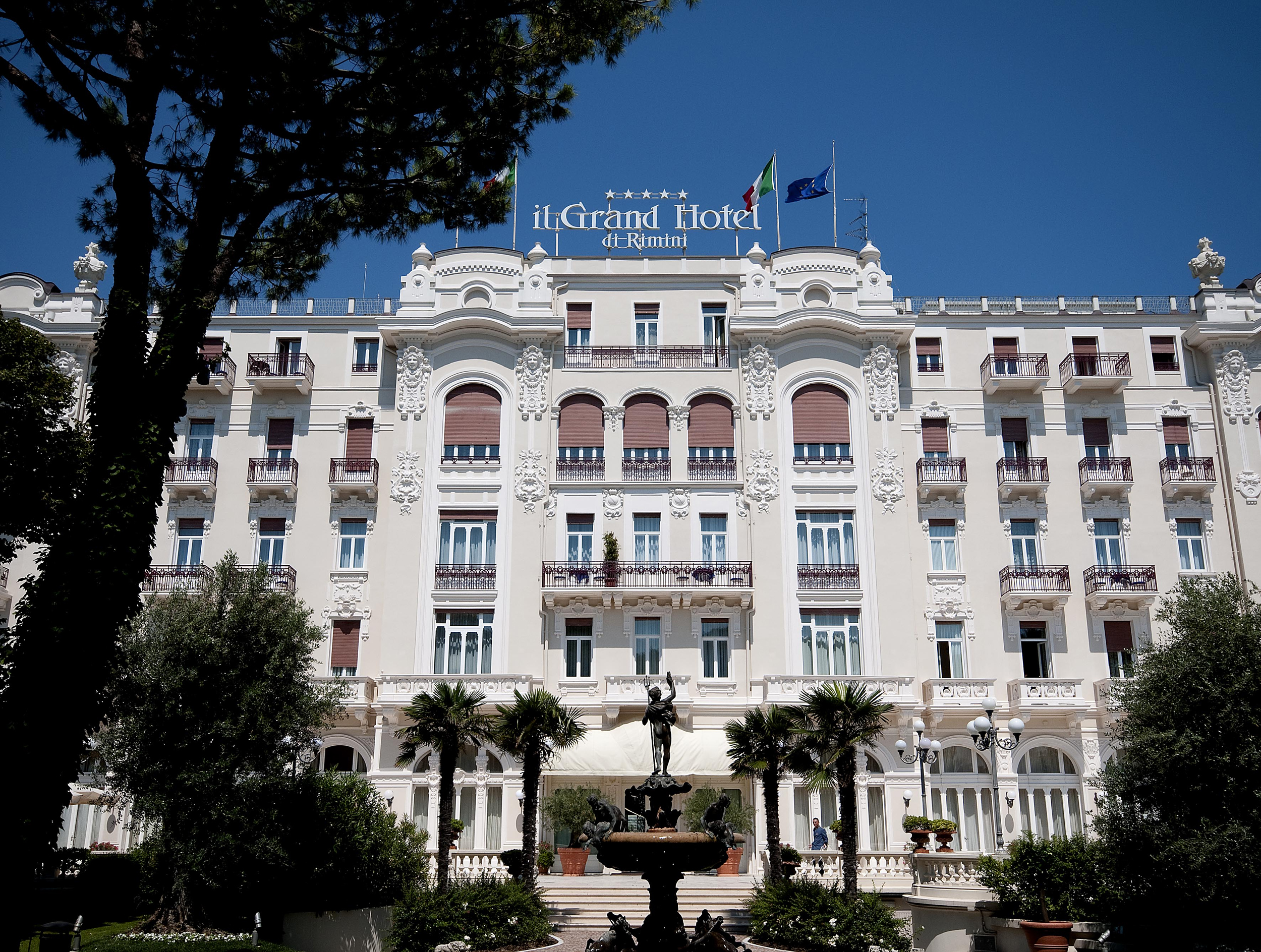 You can feel it as you walk along the palata (the long sliver of concrete that snakes along thefinal stretch of the harbour and appears to plunge the city directly into the Adriatic), which evokes memories of Vitelloni and Scureza’s brave stunts (the bikerin Amarcord), It’s also palpable in the hum of small boats setting sail to meet the steamship, Rex, and in the Fontana della Pigna in Piazza Cavour, where many famous of Amarcord’s famous scenes featuring snowballs, Gradisca, a charming peacock, and the hands of the poetic yet comicalvillage madman were shot. What’s more, dialect still echoes through the narrow streets of Borgo San Giuliano, which are lined with small houses featuring beautiful Fellini-inspired murals. You might have cottoned on by now but there is a lot of Fellini in Rimini… and there is much more to come. Construction will soon be complete on the Fellini Museum,which will offer visitors a unique, multimedia film experience.