Things to do in Rimini: visit the Aviation Museum & Theme Park!

Visit the Aviation Museum: a must-see attraction in Rimini! Not only for aircraft enthusiasts. Located on a hill full of historical aircraft and a museum containing uniforms, documents, and objects telling the history of Italian and international aviation from the beginning.
The Aviation Museum of Rimini is the largest one in Italy and one of the largest in Europe. Its official name is Aviation Museum & Theme Park “G. Casolari” and can be found on the freeway to San Marino.

The Aviation Museum, also known as the “Cold War Aviation Museum”, was founded in 1988.
The park developed in the years immediately following the fall of the Berlin Wall. The divestment of aircraft implemented by the countries that came out of the area of Soviet influence led the Museum to collect a historical niche in the post-war period of the second half of the 20th century.
The tour, about 2 hours long, starts from the main avenue of the museum where you immediately meet a cabin of a MiG-21 two-seater, a Soviet air fighter still operational, in which you can also climb for taking pictures. Continuing the visit, you will find a series of air engines, from piston engines of the war period to modern turbojets.

The exhibition of aircraft (over 40 airplanes) is divided into two sections:
The first section is in the upper part of the avenue with an area dedicated to NATO. There are mainly aircraft of Italian, British and American production and other military equipment and anti-aircraft emplacements here.
Walking southwards there is a second section dedicated to Eastern Europe and the “Warsaw Pact” with a MiG collection, including Soviet-made aircraft and military vehicles. There you will also find a children’s playground and an outdoor picnic area.

At the end of the entrance avenue, after the F86K “Kappone” and the monument to the aviator, you can access the newly built area where the “Italo Balbo” Museum of Historical Aeromodelling is located, with a runway for the world championships of tethered flight.

After the outdoor visit, you can enter the covered pavilion where you can admire the collections of uniforms and flight suits of the pilots of the first airships to date, as well as photographs, badges, awards, and historical documents. In the basement vault, American and German weapons are kept, as well as a collection of 20th-century Italian medals. In a wing of the Museum, the “F. Rizzi” room, there is the Museum of the 121st Regiment of Anti-Aircraft Artillery of the Italian Army with items coming from the former barracks “Giulio Cesare” in Rimini.

Next to the museum are the offices of the Centro Studi sulla Linea Gialla (Study Center of the Yellow Line), which published several books on the battles that took place on the “Yellow Line” and Rimini frontline during World War II, and the Cultural Association Sulle Ali della Storia (On the Wings of History), which, through meticulous research, reconstructs the memory and cultural fabric of aeronautical development.

To include among the things to do in Rimini 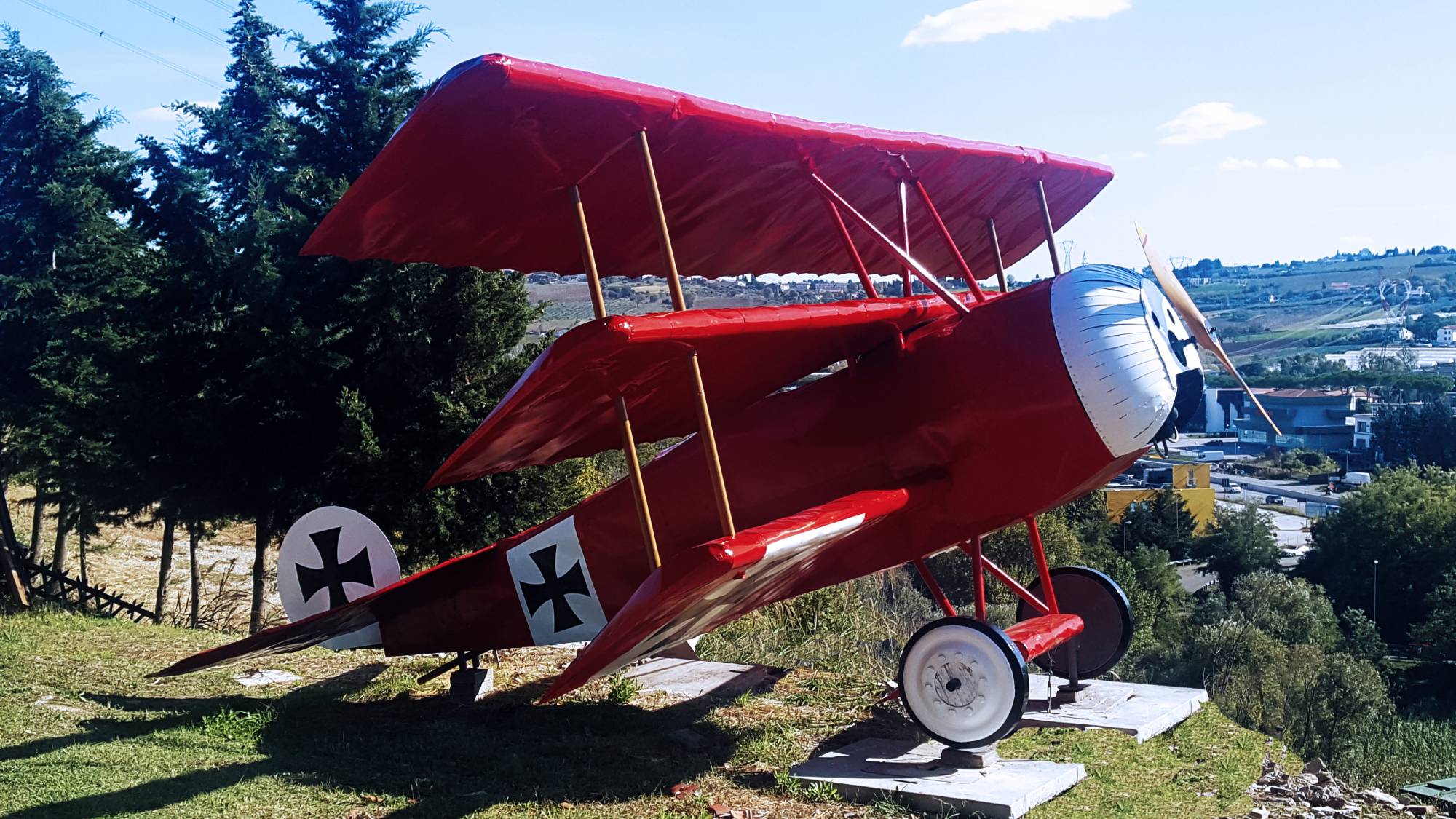 Aviation Museum
Would you like to know more about the history of the air force by visiting a collection of over 50...
3h
10,00
Other articles from VisitRimini travel Blog
The newest VisitRimini tourism app
The beach in Rimini: whether equipped or free is for everyone
Family vacation in Rimini: a “sea” of proposals!
Rimini
Travel Blog