Rimini is... BEAUTIFUL!
Rimini, a City of Villages

Rimini is a city of villages because its beauty (and essence) can be found in its four historic “village” neighbourhoods, which are just waiting to be explored. The locals refer to these neighbourhoods as borghi (villages), but they are essentially city districts that have developed unique features over the centuries and can be found just outside the city walls. The city is home to four of these districts in total: Borgo San Giuliano, Borgo San Giovanni, Borgo Sant’Andrea (or Borgo Mazzini) and Borgo Marina, and they are all worth a visit.

The most popular district is Borgo San Giuliano, which is attached to the city by the Ponte di Tiberio. This small district – now home to a host of wineries and restaurants –was once a humble neighbourhood inhabited by fishermen and offers an exciting glimpse into the past, and total immersion in Fellini’s Rimini. Worthy of note is San Giuliano, a beautiful Renaissance church, and the maze of streets displaying some truly fantastic street art.

The second district worth a visit is the charming Borgo San Giovanni. Sitting just outside the largest entrance to the city (where you’ll spot the majestic Arco d’Augusto), this neighbourhood historically developed around the end stretch of the Via Flaminia, and remnants of its past remain to this day, such as its lively and welcoming streets packed with bars and quaint shops.

Outside the city walls (near Porta Montanara) is where you’ll also find Borgo Sant’Andrea. This district was once home to the Foro Boario and is now a beautiful neighbourhood lined with beautiful green parks. The long road to Covignano also begins here and runs from the old town into the hills, offering splendid views of the Adriatic along the way.

The fourth and final neighbourhood is Borgo Marina. It was once known as Borgo dei Marinai and directly overlooks the port just outside the medieval Porta Galliana. Heavily bombed during the Second World War, today, not much of its past remains. However, it is home to the city’s most diverse community, imbuing the area with an open, colourful character that is typical of border and seaside towns.

Rimini heart’s beats in its old town and in its districts along the coast. The areas once called “neighborhoods” are today Sea Districts that with the ongoing works of the new “Parco del Mare District” will be all connected together. A green area equipped for sport and wellness that will join the whole coast: from Torre Pedrera with its urban lounges to Viserbella with its “E’scaion” Museum (Maritime Museum), from Viserba with its pretty and lively center to Rivabella with its new promenade near the beach, from San Giuliano Mare with its new dock to Marina Centro, from Bellariva with its clubs along the promenade to Marebello, Rivazzurra and Miramare with their nightlife.

Explore the Beautiful City of Rimini: Travel ideas and experiences 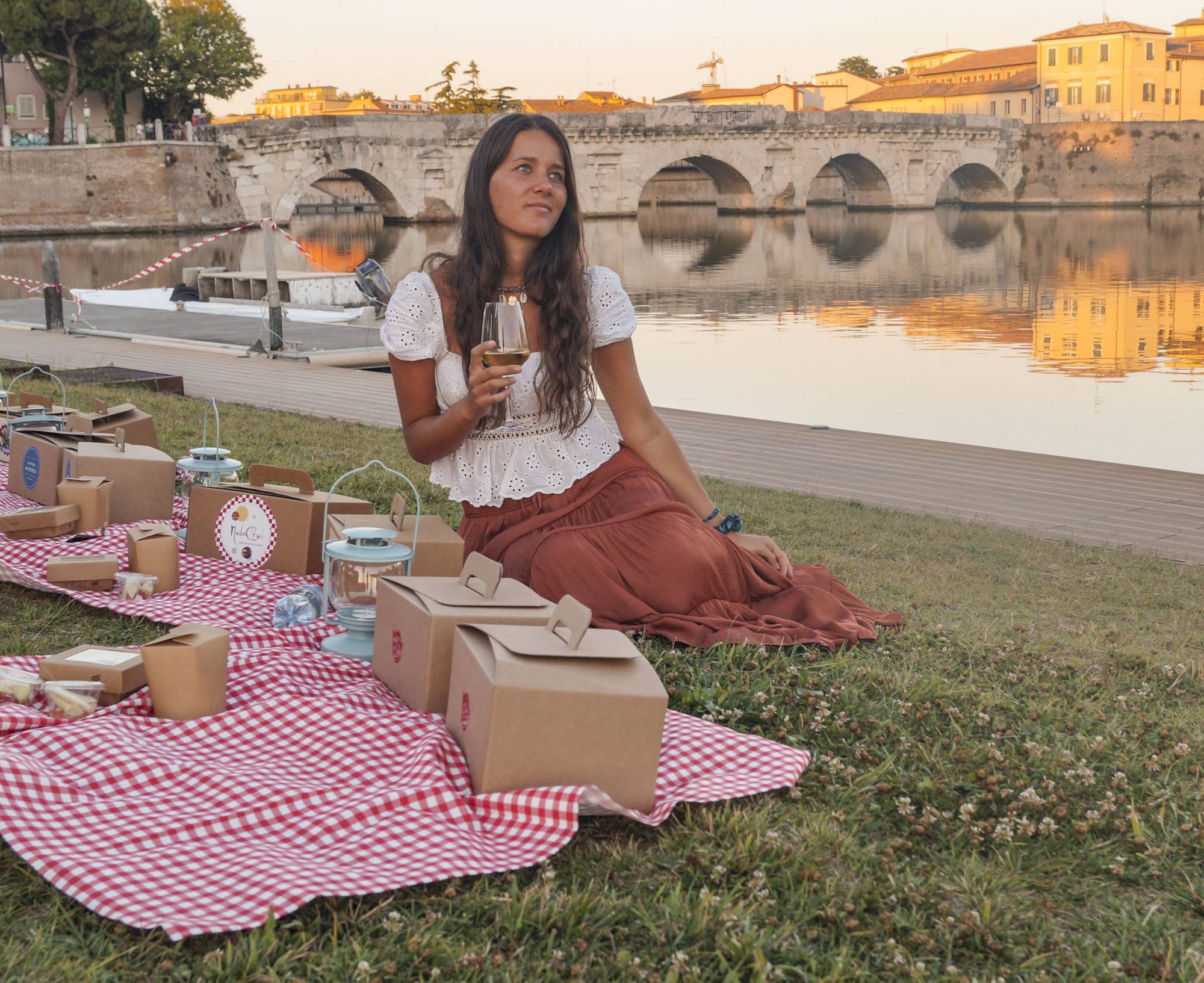 Tiberio PicNic
The view of the Bridge of Tiberius, a two-thousand-year-old Roman bridgein Rimini, in a large green area where to relax...
2h
20,00 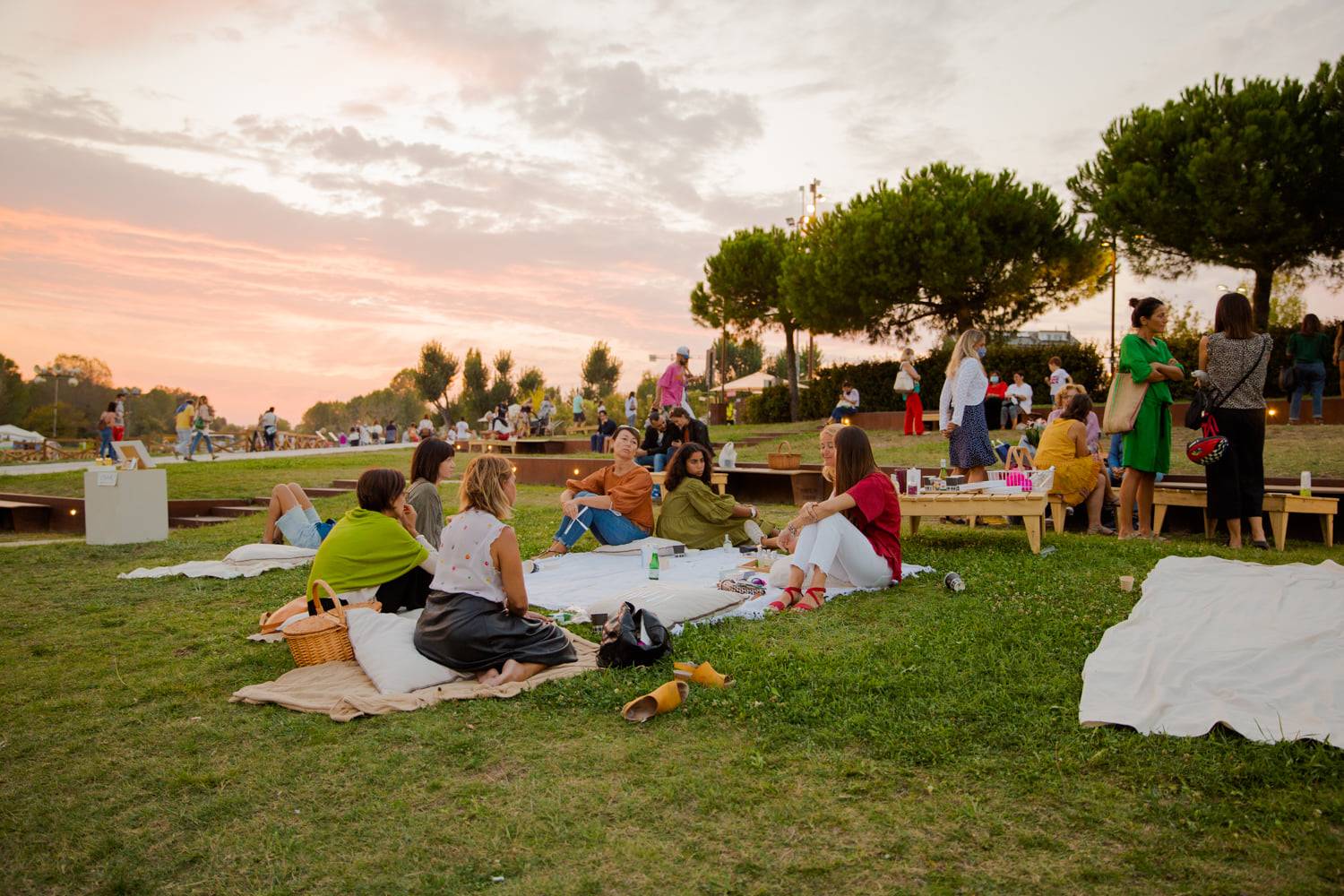 The Barfum beauty picnic
Every Thursday on the water of Tiberius, at the Borgo San Giuliano, Barfum, the first local "street beauty", offers you...
2h
25,00

The Rimini you weren’t expecting
Rimini, a Green City
Rimini, an ever-changing city
Rimini is BEAUTIFUL